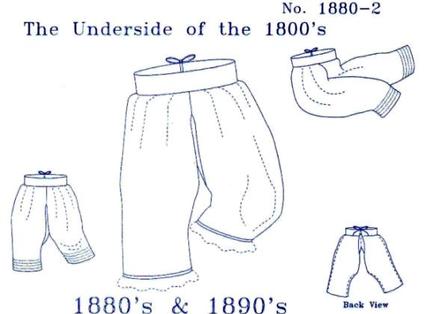 This pattern includes 4 pages of instructions with historical tips, and 2 pattern sheets. It is printed on bond paper, and enclosed in a white paper envelope.

All sizes Petite – X-large are included.

By the 1880s, drawers were worn by most women, although “combinations” – chemise and drawers in one garment – might be worn under or instead of the drawers. They were usually white, until the end of the decade when colored underclothing became popular among the fashionable set.

Drawers were open at the crotch and back seam. They had to be, since they were worn under the corset, and there was no way to get them off – much less back on – without totally undressing. 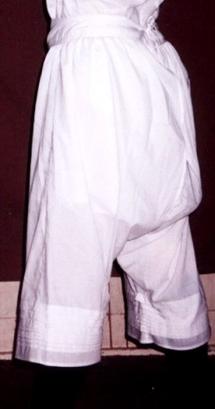 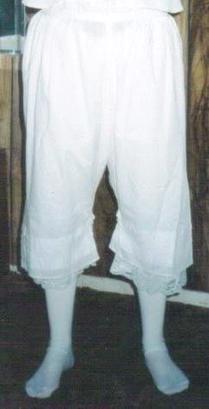