The over petticoat served as an outer garment as well as underwear. It cushioned the hoops so the frame did not show. Last year's outermost petticoat often became part of this year's underwear.

The Victorians renamed them panniers, but the women who wore them called them false hips, improvers, or hooped petticoats. Almost everyone female wore a hooped petticoat during much of this period, even servants and farm women, if complaints and commentary from contemporary sources can be trusted. The over petticoat was the first layer over the panniers, followed possibly by an outer petticoat of the same structure, and by an open or closed robe. 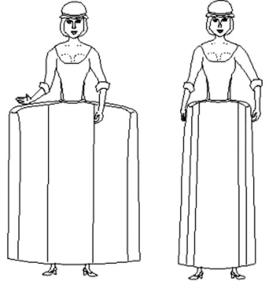 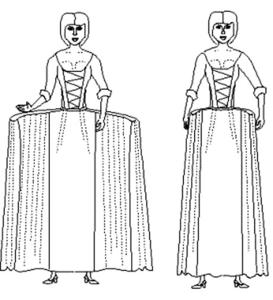 This pattern contains directions for both the soft, sweeping French style, and for the straight English style of petticoats. The skirt width is determined by the shelf width of the hooped petticoat it is to be worn over. It is set up for a 12" panniers shelf. A period width adjusting technique is included.

It includes 6 pages of instructions with historical tips, and 2 pattern sheets. It is printed on bond paper, and enclosed in a white paper envelope.

All sizes Petite – X-Large are included. 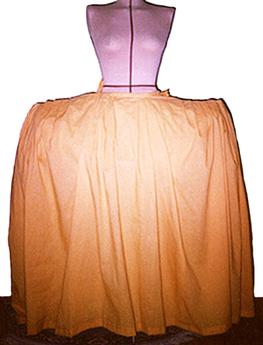